Manchester City have made contact with France forward Antoine Griezmann, 30, about a potential move from Barcelona. (Footmercato – in French)

Austria striker Marko Arnautovic’s move to Bologna from Shanghai SIPG has stalled, with the former West Ham and Stoke City player locked in a dispute about the terms of his release from the Chinese club. (Bild – in German)

Tottenham have joined Arsenal, PSG and Atletico Madrid in showing an interest in Lyon and France midfielder Houssem Aouar, 23. (Le10 Sport, via Metro)

Arsenal have increased their offer for Brighton defender Ben White and made a third bid of £48m plus £6m in potential add-ons for the 23-year-old England international. (Star)

Arsenal’s England Under-21 midfielder Emile Smith Rowe, 20, who was the subject of two failed bids from Aston Villa, is set to sign a new five-year deal with the Gunners. (Birmingham Mail)

Napoli and Roma are interested in signing Italy defender Emerson Palmieri, 26, from Chelsea – but not for the €20m (£17m) asking price for a player whose contract runs out in June 2022. (Calciomercato, via Football Italia)

Defender Kurt Zouma is expected to leave Chelsea this summer, with Everton, Tottenham and Jose Mourinho’s Roma all interested in the 26-year-old Frenchman, who has already turned down an approach from Wolves.(Telefoot on Twitter)

Sampdoria are determined to keep a hold of Denmark forward Mikkel Damsgaard for at least another season, with Liverpool and Tottenham as well as Juventus and Barcelona among a host of clubs interested in the 21-year-old. (Gazzetta dello Sport – in Italian)

Spanish goalkeeper Kiko Casilla, 34, wants to leave Leeds United to join La Liga side Elche because of a lack of game time at Elland Road. (Mirror)

Tottenham’s managing director of football Fabio Paratici has made a new long-term contract for South Korea forward Son Heung-min, 29, one of his top priorities. (90min)

Manchester United are said to be “very tempted” to try to sign Barcelona defender Samuel Umtiti, with Arsenal also linked with the 27-year-old France international. (El Gol – in Spanish)

The Foxes are also close to signing free agent Ryan Bertrand. The 31-year-old full-back did not renew his contract at Southampton. (Fabrizio Romano, via Leicester Mercury)

Barcelona and Tottenham have joined Manchester United in being linked with 23-year-old Argentina defender Cristian Romero, who is on loan at Atalanta from Juventus. Atalanta have an option to buy Romero for about £14m and could cash in with an asking price of about £51m. (Calciomercato – in Italian)

Tottenham and Manchester United have an eye on Lyon’s 25-year-old Denmark defender Joachim Andersen, who spent last season on loan at Fulham. (Footmercato – in French)

Former Manchester City, West Ham and Manchester United striker Carlos Tevez, 37, who left Boca Juniors in his native Argentina earlier in July, has said he wants to finish his career in the United States and has already had three offers. (ESPN Deportes – in Spanish)

Liverpool defender Ben Davies, 25, does not want to leave the club despite links with Celtic and Bournemouth. (Mail)

Former France winger Franck Ribery, 38, says “it is a pity” that Fiorentina did not offer him a contract extension beyond the end of June as he would have liked to have stayed with the Serie A club. (Toscana TV, via Football Italia) 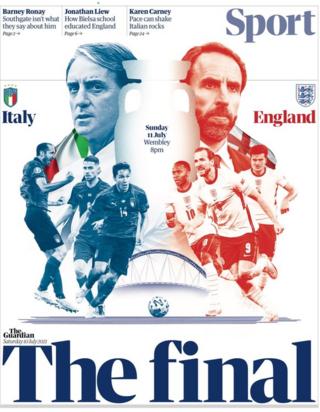