Tottenham and England striker Harry Kane, 27, has made it clear to his representatives that he would be willing to be reunited with former Spurs boss Mauricio Pochettino at Paris St-Germain. (90min)

Arsenal will make another bid to sign 22-year-old Lyon and France midfielder Houssem Aouar and are preparing a £100,000-a-week contract offer. (Sun)

Sergio Ramos is a target for Manchester United, PSG and Sevilla after the Spain centre-back, 35, left Real Madrid. (90min)

Scotland defender Kieran Tierney, 25, has agreed a new five-year contract with Arsenal which he will sign in the coming days. (Football.London)

Real Madrid and France defender Raphael Varane, 28, has yet to decide on his future, amid links to Manchester United and Chelsea. (Goal)

Manchester United are being deterred from signing Varane, as well as 30-year-old Atletico Madrid and England full-back Kieran Trippier, because the high prices being quoted by their clubs. (ESPN)

Italy midfielder Manuel Locatelli has been linked with a move from Sassuolo – but the 23-year-old is ignoring the “gossip” about his future and is focused on his country’s Euro 2020 campaign. (Goal)

Chelsea have joined Arsenal in the race to sign Real Sociedad and Sweden striker Alexander Isak, 21. (AS, via Express)

Jorginho’s agent says several of Europe’s top teams are interested in signing the 29-year-old Italy midfielder – but he is unlikely to leave Chelsea. (Radio Marte, via Mail)

Barcelona will prioritise a move for a central midfielder after completing a deal to sign 27-year-old Netherlands forward Memphis Depay, who is a free agent after opting not to extend his contract at Lyon. (Marca)

Juventus’ 30-year-old Wales midfielder Aaron Ramsey could return to Arsenal, who are struggling to attract elite talent and may turn to their former player. (Eurosport)

Up to eight candidates are being considered for Everton manager – but Rafael Benitez and Nuno Espirito Santo remain the favourites. (Sky Sports)

Everton are edging closer to securing an £18m deal to sign 22-year-old Brazilian midfielder Matheus Nunes from Sporting Lisbon. (A Bola, via Mail)

Arsenal’s French midfielder Matteo Guendouzi, who spent last season on loan at Hertha Berlin, has agreed personal terms with Marseille, who are now discussing a fee for the 22-year-old. (Fabrizio Romano via Sun)

West Ham United would have to hand England midfielder Jesse Lingard, 28, a big pay rise to lure him on a permanent deal from Manchester United. (Football Insider)

Watford are lining up a move for Arsenal’s England defender Ainsley Maitland-Niles, 23. (Mirror)

Arsenal are prepared to spend nearly £250m on at least five new signings this summer, handing Mikel Arteta the chance to rebuild and restructure at the Emirates. (90min)

Blackpool’s English striker Jerry Yates, 24, is being lined up by Blackburn as a potential replacement for former England Under-21 striker Adam Armstrong, 24, who has been linked with West Ham, Southampton and Norwich City. (Sun)

Lazio’s long-serving Romanian defender Stefan Radu, 34, has reached an agreement with the club to extend his contract having previously looked set to join Inter Milan on a free transfer. (Goal – in Italian) 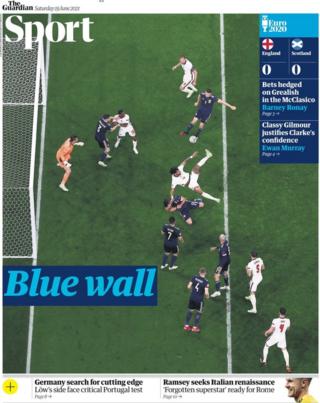 Bellingham a long-term target for Chelsea, with Kane or Haaland still priorities this summer