Chelsea want to build a positive relationship with Borussia Dortmund as they hope to sign two of their brightest talents in the form of Norway striker Erling Braut Haaland, 20, and 17-year-old England midfielder Jude Bellingham. (Star)

Manchester United have made an opening bid of £50m for Real Madrid and France defender Raphael Varane, but Real want £80m for the 28-year-old. (Manchester Evening News)

PSG are preparing to table a second bid for Hakimi of 70m euros (£60m). (Footmercato – in Italian)

Wolves are evaluating the possibility of signing former Chelsea and Atletico Madrid striker Diego Costa, with the 32-year-old Spain forward available on a free transfer. (UOL – in Portuguese)

Crystal Palace have made contact with the representative of former Borussia Dortmund manager Lucien Favre as they continue their search for a new manager. (Guardian)

Anderlecht’s Albert Lokonga, 21, and Sheffield United and England goalkeeper Aaron Ramsdale, 23, are among Arsenal’s targets as Mikel Arteta looks to overhaul his squad. Belgian midfielder Lokonga is said to be worth around £17.5m. (Goal)

Leicester City are hoping Youri Tielemans, 24, will sign a new contract with the club amid speculation over his future. The Belgian midfielder has been linked with both Manchester United and Liverpool. (Leicester Mercury)

Leicester City have stepped up their interest in RB Salzburg and Zambia striker Patson Daka, 22. (Telegraph)

On-loan West Ham midfielder Jesse Lingard, 28, is due to hold talks with Manchester United over his future when he returns for pre-season training next month, meaning the Hammers must wait to find out if they can sign the England international permanently. (Star)

Brighton have fallen at the last hurdle in the race to sign Stuttgart forward Nicolas Gonzalez. The Seagulls had agreed a club-record fee of around £25m plus bonuses for the 23-year-old but the Argentine looks to have decided to sign for Italian side Fiorentina instead. (Sky Germany, via Team Talk) 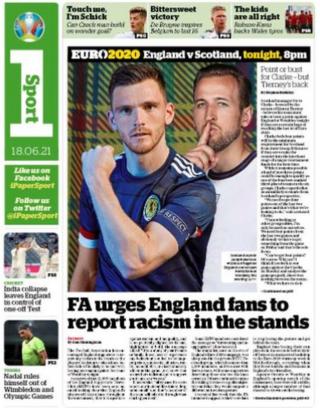